December 03, 2022
November.  *sighs* I felt like during the entire month of November I was running a marathon and I'm just now finishing the race and slowing down. 😆 Yep. November was insane. It had its less-than-fun moments, but overall...it was good. *nods*   ~~~~~~~~~~  Reading Erm. Due to the fact that I was very busy with life and was reading like five books at the same time this month eheh I only completely finished two. XP ~ Should We Tell Her? by Lillian Keith  ~ The Memories We Painted by Caitlin Miller (aka one of my top favorite reads this year. Highly, highly recommend reading. <33 Here's the link to Goodreads for it in case ya want to check it out 😜).  Writing Words. Were. Written. This. Month!!! 🥳 A lot of people I know did NaNoWriMo, and it looks so fun, but because I had so many other life events going on, it was literally going to be impossible to try to write a novel. XD So even though I didn't do NaNo, I still wrote, and boy, things happened . *happy smiles* ~Did a
Post a Comment
Read more 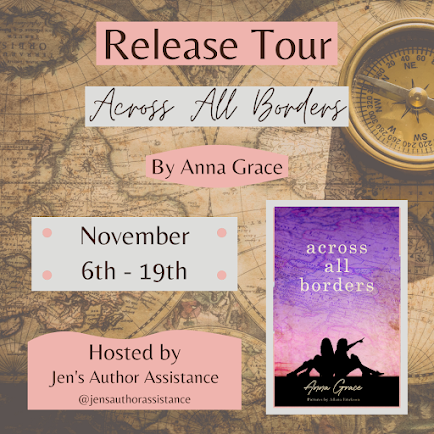 Recently I had the wonderful opportunity to read a lovely book called Across All Borders  by Anna Grace! And I'm part of the release tour team, hosted by  J en’s Author Assistance, for the book! So you know the drill...time for another book review!😜  ~~~~~~~~~~ Released November 13!  Order it at Amazon ! Blurb Hoping. Planning. Waiting. Everything in her life is wrapped up in the thought of this new sister, coming from so far away. Will the day ever arrive? And if it does, will it be everything they dreamed? In this short poetic narrative, follow along on a young girl's journey as she discovers the true meaning of love, family, and sisterhood. About the Author Anna Grace is a Christian teen with a passion for Christ and others. She enjoys worship music, reading, and writing. Adoption is very real to her as three of her siblings were adopted. For her, adoption is a meaningful role of the Church, and a beautiful picture of the Gospel. Blog Goodreads Amazon Merch Shop Playlist
2 comments
Read more

A Month In Review-October 2022

October aka The Month of Everything Pumpkin Spice* was good. *nods* From enjoying the beautiful autumn weather that God blessed my area with, to watching Minions: Rise of Gru (which was quite hilarious 😂) and then dealing with a cold at the end of the month 😑, I would say October was an 7/10 on the Scale of Epic Months. 😜 *Disclaimer: I don't know if October actually is the month of pumpkin everything. I feel like it is though....*sighs* don't get me wrong, I love pumpkin but isn't it a little extreme when people feel like they need to make every food pumpkin-flavored in the fall? Like there are pumpkin spice flavored almonds ! Now that's totally cool if you like that, but me? Eh...I'll take my almonds plain. XD   mini rant over     ~~~~~~~~~~  Reading It twas a good month reading wise. From *finally* reading a book my sister gave me a while back to starting (but not yet finishing) Pride and Prejudice , I slowly made progress knocking off books on my TBR! XD ~ Tr
Post a Comment
Read more 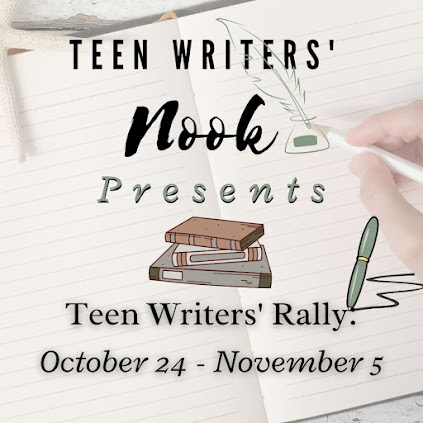 Have you ever wanted to attend a writer's conference but can't? Maybe it's because they're too expensive, too far away, or you don't even know how to find one. WELL I have an a.m.a.z.i.n.g. alternative for you!  ~~~~~~~~~~ Presenting......................*drumroll* - - - - - - - - - - - - - - Teen Writers' Nook , otherwise known as The Best Writing Blog for Teen Authors Ever is basically hosting a two-week long blog version of a writing conference! This means that from this past Monday until November 5th, TWN is publishing posts on everything writing-related every. single. day!  The purpose of Teen Writers' Rally is to help writers prep for NaNoWriMo (aka National Novel Writing Month where authors try to complete a novel (50,000 words minimum) in 30 days). And from the posts that have already gone up, lemme tell you that they are certainly very helpful!  And what's even more exciting about this rally is that it's not just the girls at TWN that are gi
Post a Comment
Read more

After Our Castle Launch

Hi, hello, hola, and salve my friends!!! ~~~~~~~~~~ *Ahem* Guess what book releases today?  - - - - - - This beautiful one!!!  *squeals* Yes, After Our Castle  marks Kellyn Roth's SIXTH book release in  The Chronicles of Alice and Ivy  series!🥳 Le Information Title: After Our Castle Series: The Chronicles of Alice and Ivy, Book 6 (Ivy #3) Release Date: October 15th, 2022 Genre: Historical Women’s Fiction Setting: Victorian Scotland (1880s) Add it to Goodreads Amazon Blurb: And they lived … well, happily ever after. A year into a blissfully happy marriage, Violet Angel admits to a dose of skepticism. She’s not married, granted—but as the closest friend of the bride and groom, she feels she has a perspective no one but the people directly involved could have. There’s no such thing as a happy ending, and it’s only a matter of time before the castle in the sky plummets to earth. If only Violet were always wrong instead of just mostly wrong. Ivy McAllen doesn’t believe she and her new
2 comments
Read more

September was a quieter month and it was filled with normal tasks and work but also fun little adventures. XD ~~~~~~~~~~   Reading Whelp, I beat the past two months reading-wise by finishing three books instead of two. 😂 Maybe there's a chance I'll actually finish my goal of reading 50 books this year if I keep it up. XP ~ Untold by Vanessa Hall (find my review here !) ~ The Last Bookshop in London by Madeline Martin ~ Darkness Draws Near by Kristina Hall (RTC!! 🤩) Writing Ahhh writing was good! I made a lil bit of progress on various types of writing-related projects. 😊  ~Finished the Go Teen Writers 100-for-100!!!! *squeals* I won't ramble much more about it here since I already did a whole post about what I learned by doing it, but I'm so glad I did it and I'm pretty sure I'm going to do it again next year. 😄 ~Shared my writing for the first time on this blog. You can find that post here . It was quite exciting for me and I can't wait to share more a
2 comments
Read more 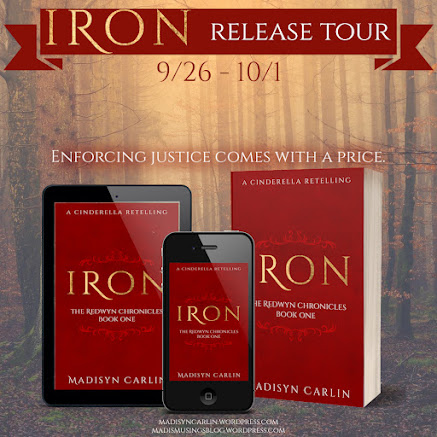 Hello, hello, hello!! I have returned yet again to promote de one-and-only  IRON!!  ~~~~~~~~~~ Book Information: Genre: Christian Fantasy/Fairytale Retelling Age: New Adult Inspiration Board BLURB  Enforcing justice comes with a price. Detective Redwyn “Red” Deathan will stop at nothing to uncover those behind the ruthless  kidnappings of multiple children. But things are not as they seem, and Red’s efforts are thwarted  at every turn. With each discovery the danger grows, putting Red and the lives of those she cares  about at risk. Can she reveal the mastermind’s identity before she herself becomes a target? Purchase Goodreads What IRON Isn’t/Is IRON - A Christian Fantasy Cinderella Retelling What IRON isn't. 1) A general market "clean" book. 2) A magical fairy tale retelling. 3) Light and fluffy. 4) YA (Young Adult). What IRON is. 1) A Christian Fantasy. 2) Nonmagical. 3) Deep. Different from DECEIVED and not near as intense as SR, but still deep because it deals with
2 comments
Read more 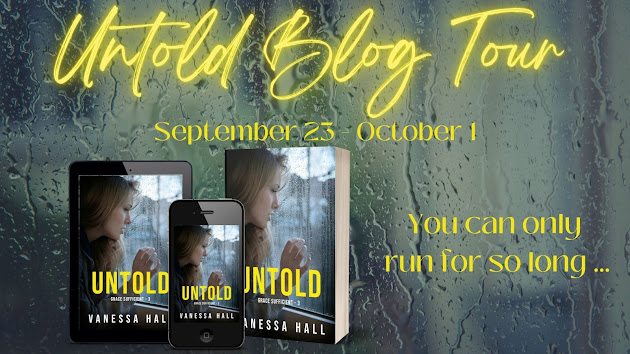 Surprise, surprise!! Y'all get TWO posts this week! 😜  I'm super excited about today's post because I  get to scream at you about how awesome this book I read is , *coughs* I mean help promote Vanessa Hall's newest release, Untold !! XD ~~~~~~~~~~ Blurb You can only run for so long … Two years hasn’t erased the sting of betrayal and the shadow of the past, but Nikolai Alexandrov has finally found a way to live. Moscow, Russia, is the last place anyone would look for a rogue ex-CIA officer, and the members of Grace Baptist Church see beyond his past to the man he is now. Molly Baird never wanted to be a missionary, but due to her father’s wishes, she lands in Moscow to aid her missionary cousin, Gabe Kelly. All is foreign in the massive city, though, rendering her unable to serve. Only the few English speakers in Grace Baptist’s congregation hold a trace of familiarity—including Nikolai, whose kindness she can’t deny. Yet when a sniper’s bullet strikes far too close, Ni
4 comments
Read more
More posts

Emma
I'm Emma. I am a Christian homeschooler who wants to spread a little joy in the blogsphere!

Want to talk? Send me a message! 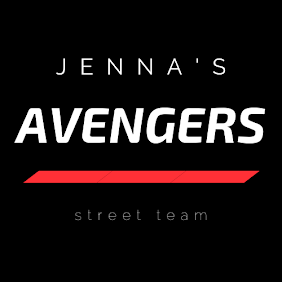 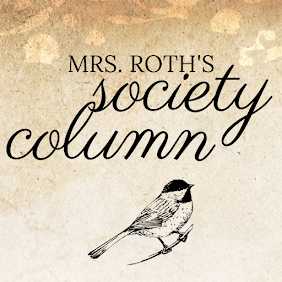 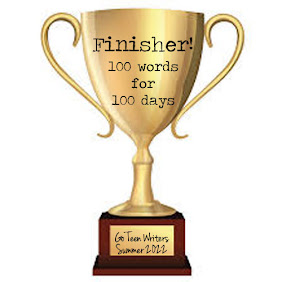 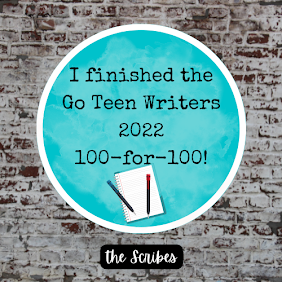